Scientific name: Molecular iodine acts as an oxidizer, and disodium disulfite as a reductant. 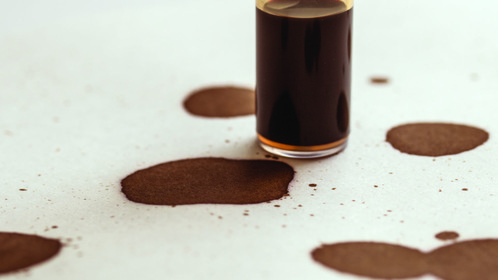 Why do iodine stains disappear?

We use water solution of disodium disulfite Na2S2O5 to decolorize iodine stain. The following reaction takes place when disulfite interacts with iodine in water:

Molecular iodine acts as an oxidizer, and disodium disulfite as a reductant.

When iodine I2 disappears from the system, brown-orange color of stains disappears as well.

This reaction can be divided into two parts: reduction of iodine and oxidation of disulfite:

If we take into account the number of electrons in the first part, we should multiply the second one by two (to achieve so-called electronic balance):

When we express a reaction like we did it right above, separated into two parts (taking into account electrons, not just molecules or ions), we call these parts half-reactions.

Compare how the reaction equation looks before and after we have applied the half-reaction method: